Unfortunately, the only car they were able to give us was a Chevrolet Captiva. Good for driving – but not the type of car we would like to have for a long distance trip. Nevertheless, we decided to take it – no other option available – and drove the Captiva to Dallas.

It was quite amazing to see that we have already lost all the altitude we had earlier on the way between Amarillo to Dallas – from 4000 feet down to 600 feet. And, we saw the first oil pumps and oil refineries – well expected for Texas.

First thing at Dallas – to go to DFW airport and change the car again. Next surprise – they had luxury cars available, but they did not give one of them to us as we do not return it to Dallas as we head to Miami. So we got a Volvo V60 instead – also not bad at all, quite a nice one actually, but I am afraid, not in the class I have booked.

So we continued with it until we reached the outskirts of Houston – where we found another Hilton Garden Inn. 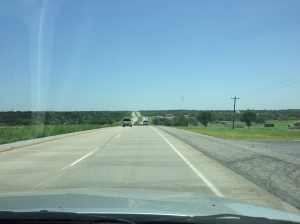 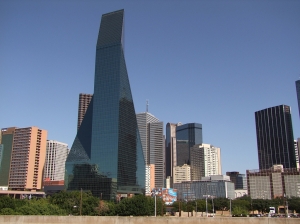 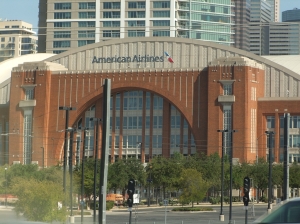