After a nice breakfast in our hotel, the first time with a buffet open for the public, we took a walk into the city centre again. We were lucky to be able to get two visit entries to Dresden’s Semperoper. This famous opera house is already the third one built at this place. The first one burned down, the second one was lost in the allied bomb raids of January 1945 and the third one was eventually reopened for visitors and theater play in 1985, forty years after its destruction during war time.

The interior is splendid and as beautiful as the big reknown opera houses in Vienna, Milan or Paris. The seats are very comfortable – we were allowed to try them out during our visit. We took many photos to document the beauty and told ourselves that we should come back to see a piece here.

Afterwards, we had a nice lunch at the cafe house in front of Semperoper. We returned to our hotel thereafter, packed up our luggage and joined Dresden Hauptbahnhof around 1430. Our train to Prague was on time at 1517 and took us uneventfully to the czech capital in two hours and twenty minutes.

We took several photos during the ride while passing the landscape of “Sächsische Schweiz”, a really beautiful part of the narrow Elbe valley with all of its boulders, ancient houses and castles around.

After checking in our hotel FALKENSTEINER in Prague, we took a walk through the city and joined “U Fleku” restaurant for dinner in the beer garden. We quickly started exchanging some words with our table neighbors and enjoyed the time in true czech beer garden atmosphere with good food and drinks.

Being happy with our acquaintances and intake, we decided to go for a short walk through Prague’s old town prior to returning to our hotel, taking some photos of interesting architecture on the way.

Looking forward to spending the day in Prague tomorrow! 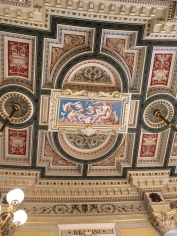 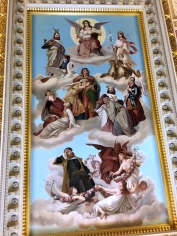 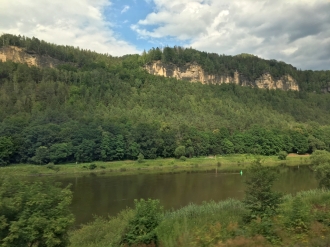 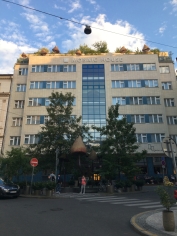 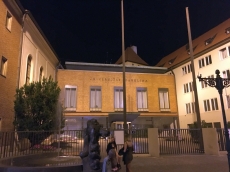 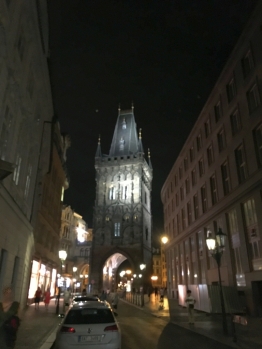